Register for this free event and we'll also send you updates if there are any schedule changes as well as info on future programs and events around Santa Fe and Albuquerque.

Please note, this concert is on the Santa Fe Plaza (where the Bandstand concerts happen), not the Railyards!

This is a standing room / dancing show.  Chairs are NOT provided.
Camp / folding chairs are okay but if you do bring them they are only allowed around the edges of the Plaza (space permitting), not in front of the stage.

There is absolutely NO ALCOHOL allowed on the Plaza.

From their earliest shows as a garage band playing the punk clubs on Miami Beach, The Mavericks [web site | Amazon.com] have had a skill for getting people to groove. Drawing on a mix of classic country, cow-punk and standards, Raul Malo and company left South Florida, bringing their rhythmic fervor and Latin machismo, along with Malo's lush baritone, to the world.

In 2013, after numerous years as a band, multiple gold and platinum albums, world tours, breakups and reformations, The Mavericks recorded their critically-acclaimed album In Time andre-introduced music lovers to the band's genre-defying melting pot of pop music.

With their latest release, Mono, the band embraces cultural and musical diversity. Malo's songwriting builds on the compositional craftsmanship of early-twentieth-century musical elegance yet demonstrates his skill for writing music that is progressive and timeless. American Songwriter called Mono "a frothy, frisky party album that, with its horns and soulful rhythms, should keep your next shindig hopping... There is a vibrant exuberance to these performances that, like its old-school audio, feels alive and fresh making the Mavericks one of the few bands better in their second act than in their first." 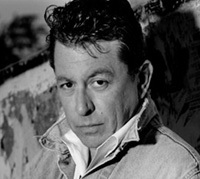 Joe Ely [web site | Amazon.com] is one of the true pioneers of the alt-country, Americana, "too rock for country, too country for rock" brigade. His boundary-blurring blend of rock, country, blues and folk has sometimes been termed "roadhouse music," but might most accurately be described as "Texas music," steeped in the heart of the Lone Star State. Over a career that spans some four decades, he's been embraced as a kindred spirit by artists as diverse as Bruce Springsteen, Linda Ronstadt and the Clash. In May, Ely was formally appointed the Official Texas State Musician for 2016, recognized for his outstanding commitment to the arts in his home state.