This will be a seated show.

$1 from each ticket sold goes to support the non-profit La Semilla. Established in 2010, La Semilla Food Center is a 501(c)3 nonprofit organization based in Anthony, NM. Their mission is to foster a healthy, self-reliant, fair, and sustainable food system in the Paso del Norte region of southern New Mexico and El Paso, TX. They are committed to building strong relationships and creating empowering spaces for youth and families to grow and cook good food, create positive change, and foster connections among food, health, and local economies. Learn more here.

Portland, OR-based singer, songwriter, and producer John Craigie adapts moments of solitude into stories perfectly suited for old Americana fiction anthologies. Instead of leaving them on dog-eared pages, he projects them widescreen in flashes of simmering soul and folk eloquence. On his 2022 full-length album, Mermaid Salt, we witness revenge unfurled in flames, watch a landlocked mermaid's escape, and fall asleep under a meteor shower.

After selling out shows consistently coast-to-coast and earning acclaim from Rolling Stone, Glide Magazine, No Depression, and many more, his unflinching honesty ties these ten tracks together.

The album comes from the solitude and loneliness of lockdown in the Northwest. Someone whose life was touring, traveling, and having lots of human interaction is faced with an undefinable amount of time without those things. So, he began writing new songs and envisioning an album that was different from his past records. The sound of everyone playing live in a room together was traded for the sound of song construction with an unknown amount of instruments and musicians—a quiet symphony. 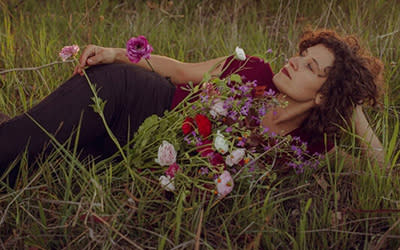 Anna Moss has a voice that will stop you dead in your tracks. She commands attention and takes audiences on a spiritual journey when she sings. Growing up in Berryville, Arkansas (a town whose main industry is chicken farming), Anna flew the coop and made her career playing music in the US, Canada, Europe, Central and South America. She has made waves in the folk and festival scenes of North America as a frontwoman for the band Handmade Moments. After seeing most of the Western World she decided New Orleans would be her home. Moving to the New Orleans has influenced Anna’s arrangements and style.