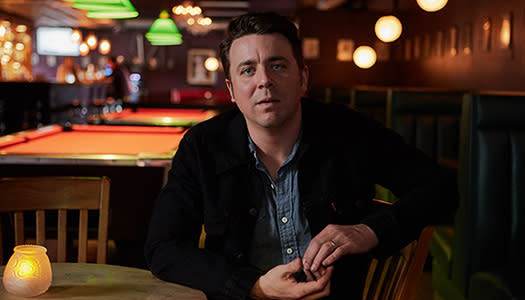 This show was rescheduled from April 5. All tickets to the original concert will be honored.

Joe Pug's latest record The Flood In Color is nearly four years in the making. But that betrays the fact that the making of the album was one of the most natural and rewarding processes of his career. Produced by Kenneth Pattengale of the Milk Carton Kids and engineered by Matt Ross-Spang, the album started with the goal of focusing on the simplicity of musicians playing together, live, in the same room. Recently relocating back to his childhood home in Prince George's County, Maryland after many years spent in Chicago and Austin, Pug wanted take a new approach. The partnership with Pattengale proved to be an irresistible opportunity to do just that.

"The past couple of albums haven't always been the most enjoyable to record. The process can really bring on all sorts of pressures about what you should be doing and how you should be doing it, both internally and externally. Lots of 'Songs need to be 3 and half minutes long' and 'You need something that will work on AAA radio.' And the end result is this strange gravity that just weighs you down." Pattengale, a fan of Pug's music since the days so of his 2010 EP Nation of Heat, was eager to try a back-to-basics approach.

"So Kenneth and I sort of had the idea to strip all that away. I was just going to write songs. And I was going to do it in a way that came naturally to me, and that I enjoyed. Get rid of all the external bullshit. Look... music isn't my entire life. Sometimes I want to write songs. But other times I want to read books. I want to play with my kid. I want to cook. A couple years ago I started a podcast. So that's sort of how I approached this one. I'll write songs the way I write songs. And when Kenneth and I had a few that we felt good about, we got together and dialed them in a bit further and worked on arrangements. Almost as friends as much as anything. And when we got them to a place we were happy with, we went to Nashville and recorded them. But through the whole affair there was really no timetable I imposed on it."