with Lone Piñon and Divino 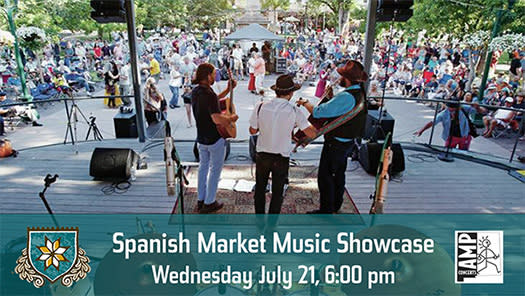 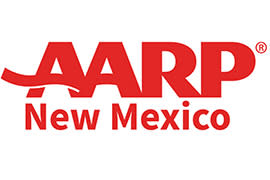 This show is sponsored by AARP New Mexico.

Lone Piñon is a New Mexican string band, or "orquesta típica," whose music celebrates the integrity of their region's cultural roots. With fiddles, upright bass, accordions, mandolin, guitars, and bilingual vocals, they play a wide spectrum of the traditional music that is at home in New Mexico. The group's active repertoire includes early conjunto duets, contemporary New Mexican rancheras, New Mexican swing, Hispanic Texan fiddle styles, Tohono O'odham fiddle tunes from Arizona, huapangos from the Mexican Huasteca region, and several styles of music from Michoacán: son calentano and son planeco from the southern lowlands and son abajeño from the P'urepecha highlands. In the past seven years Lone Piñon has played extensively throughout the Southwest and the US and recorded four studio albums: Trio Nuevomexicano (2016), Días Felices (2017), Dále Vuelo (2019), and Nuevas Acequias, Río Viejo: Traditional Music of Northern New Mexico (2020). 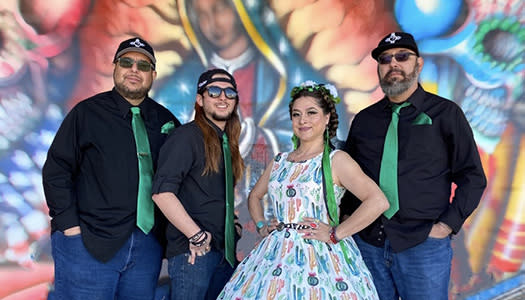 Divino hails from Espanola, NM and was established in 2013 by Fernando Romero and Andrea Lucero. It consists of 4 members: Fernando Romero on Guitarron/Vocals, Andrea Lucero on Vocals, Anthony Lucero on Lead Guitar and Vocals and Anthony Lucero Jr. on Rhythm Guitar. Divino is a product of traditional New Mexico Music but experiences with different genres of music to create a sound uniquely Divino. The group stands for three important things: Faith, Family and Culture. They have won 8 awards from the NM Hispano Music Association and 3 Quince Grandes de Nuevo Mexico awards. They have released 3 CDs, with the most recent on being released on New Year's Day 2021.