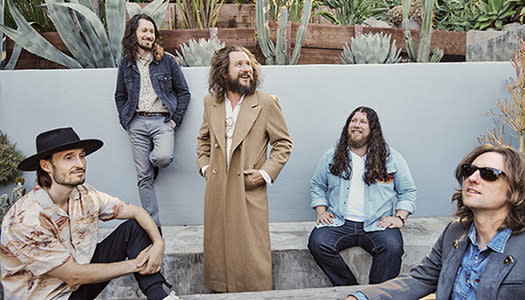 Tickets cost $61 and $88 (including all service charges). The higher priced tickets get you access to the front section of the park.  Kids 12 and Under are FREE!
Tickets are also available by phone through Hold My Ticket at 505-886-1251.

My Morning Jacket has partnered with PLUS1 so that $1 from each ticket will go to supporting nonprofits working to secure social justice, ensure mental health care for all, and confront the climate crisis.

A Love & Sound VIP package is available for $234 (including all service charges) and includes:

Widely ranked among the greatest live bands of their generation, My Morning Jacket have long maintained their status as one of the most vital forces in American rock-and-roll. With their thrillingly expansive and eclectic sound, the Louisville-bred band has influenced an entire era of musicians, largely by staying one step ahead of mainstream pop culture and following their instincts to endless innovation. On their long-awaited new full-length—a self-titled body of work that marks their ninth studio album—My Morning Jacket reaffirm the rarefied magic that's made them so beloved, embedding every song with moments of discovery, revelation, and ecstatic catharsis.

Their first new music since 2015's Grammy Award-nominated The Waterfall, My Morning Jacket came to life after a nearly permanent hiatus for the band (vocalist/guitar Jim James, bassist Tom Blankenship, drummer Patrick Hallahan, guitarist Carl Broemel, and keyboardist Bo Koster). "We didn't know if we'd make another record again," James admits. "For a long time I was feeling burnt-out, and unsure if I wanted to do this anymore." During that hiatus, James and Broemel each released a series of acclaimed solo projects, while Koster toured the world as part of Roger Waters' band and all members except James played in Ray LaMontagne's band. But after performing four shows in summer 2019 (beginning with two mind-blowing nights at Red Rocks Amphitheatre), My Morning Jacket was overcome with the urge to carry on. "It'd been so long since we'd played together, there was that question of 'Is this maybe going to be a wake-up call that it's time for us to move on?'" Blankenship recalls. "But then as soon as we got onstage, it felt like coming home." 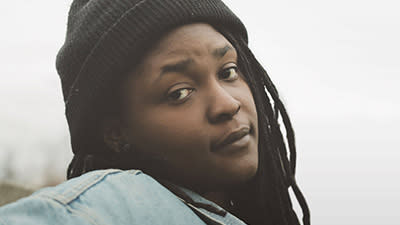 With a guitar in hand, baseball cap over her eyes, and hooded sweatshirt loose, a woman sings with all of the poetry, pain, passion, and power her soul can muster. She is a new kind of American troubadour. She is Joy Oladokun. The Delaware-born, Arizona-raised, and Nashville-based Nigerian-American singer, songwriter, and producer projects unfiltered spirit over stark piano and delicate guitar. After attracting acclaim from Vogue, NPR, and American Songwriter, her words arrive at a time right when we need them the most.