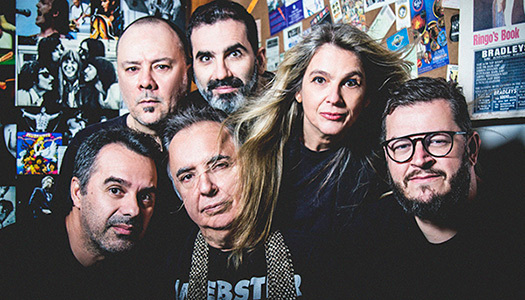 Os Mutantes ("The Mutants") are an influential Brazilian psychedelic rock band that were linked with the Tropicália movement of the late 1960s. When Os Mutantes was formed, it combined influences from psychedelic acts from the English-speaking world like The Beatles, Jimi Hendrix, and Sly & the Family Stone with bossa nova, tropicália, samba and the cultural legacy of the Brazilian art vanguards from the modernist movement.

One of the most well-known and influential rock bands in Brazil, Os Mutantes are cited as a major influence to many contemporary underground or independent bands in the United States and Europe. Beck paid tribute to the group with his single "Tropicália" from the album Mutations. The Bees (UK band) covered "A Minha Menina" on their first album, Sunshine Hit Me. Red Hot Chili Peppers bass player Flea has stated on his Twitter account that he is a fan. Kevin Barnes of Of Montreal cites Os Mutantes as an important influence. Talking Heads frontman David Byrne has worked to publish and promote the group's music through his Luaka Bop label. 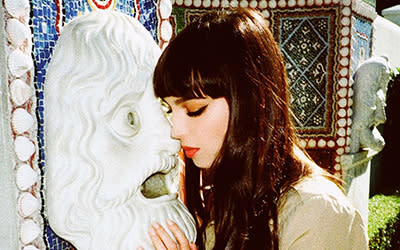 Claude Fontaine is an American girl with a French name who never felt like she fit in anywhere she happened to call home. One particular year she was awash in a grey London fog that matched the fog and grey in her own too-recently broken heart. While living right off Portobello Road, she stumbled into the record store down the street and in a flash of luck—or fate—that particular record store turned out to be Honest Jon's, a long-lived spot for records collected from the furthest edges of the world. "I wandered in one day and from the first moment I was under a spell," she says. "I was transfixed. I'd go in there daily and have them play me every record in that store probably to the point of driving them completely mad! But I had fallen in love..."

And because she loved those records so much, she decided to make a record of her own—an album singing her own love songs (with Jane Birkin-style ye-ye elan) that was itself a love song to classic reggae and Brazilian music, and an album honoring that feeling of finding a home away from home.