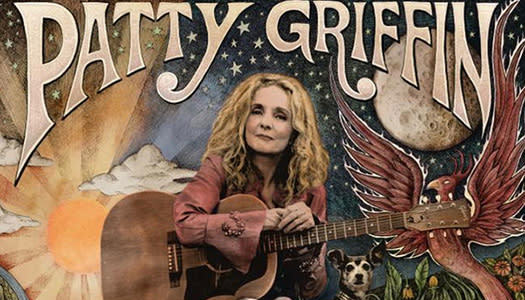 This concert is sponsored by Rick & Gail Thaler and OGB Architectural Millwork. Thanks as always for the ongoing support!

Patty Griffin is among the most consequential singer-songwriters of her generation, a quintessentially American artist whose wide-ranging canon incisively explores the intimate moments and universal emotions that bind us together. Over the course of two decades, the Grammy Award winner—and seven-time nominee—has crafted nine classic studio albums and two live collections, a remarkable body of work in progress that prompted the New York Times to hail her for "[writing] cameo-carved songs that create complete emotional portraits of specific people... (her) songs have independent lives that continue in your head when the music ends."

The Austin, TX-based singer and songwriter made an immediate impact with her 1996 debut, Living With Ghosts, and its 1998 follow-up, Flaming Red—both now considered seminal works of modern folk and Americana. Since then, Griffin's diverse body of work spans such classic LPs as 2002's Grammy Award-nominated 1000 Kisses—later ranked #15 on Paste's "The 50 Best Albums of the Decade (2000-2009)"—to 2007's Children Running Through, honored by the Americana Music Association with two Americana Honors & Awards including "Artist of the Year" and "Album of the Year." To date, Griffin has received seven total nominations from the Americana Music Association, affirming her as one of the far-reaching genre's leading proponents. 2011's Downtown Church—which blends traditional gospel favorites with Griffin's own spiritually questioning material—debuted at #1 on both Billboard's Folk Albums and Christian Albums charts before winning 2011's Best Traditional Gospel Album Grammy Award. 2015's Servant Of Love marked the first release on her own PGM Recordings label via Thirty Tigers.

Her new, self-titled album has been described as "an intense, frequently beautiful, often challenging album that builds on her strengths as a singular singer-songwriter in, respectively, the folk, gospel and Americana idioms and as a resilient character never afraid of her own voice" (Irish Times). 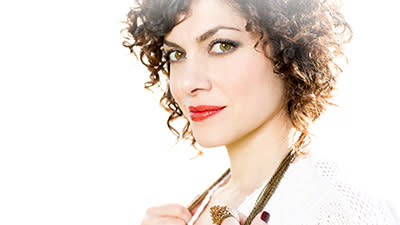 Carrie Rodriguez, a singer-songwriter from Austin, Texas, finds beauty in the cross-pollination of diverse traditions. A passionate performer, she effortlessly melds fiery fiddle playing, electrifying vocals and a fresh interpretation of new and classic songs with an "Ameri-Chicana" attitude. Her newest project, the Spanish/English album Lola, is both a return to her musical roots and something of a departure where she delivers her own twangy, Texas-bred twist on Mexican Ranchera songs, creating culturally blended music for a culturally blended world.

Inspired by the 1940s-era recordings of Carrie's great aunt, Chicana singing sensation Eva Garza, the album is a mixture of new and old songs. It features Spanish songs written by some of Carrie's favorite Mexican composers, as well as her own Ranchera-inspired original songs written in English, Spanish and "Spanglish."