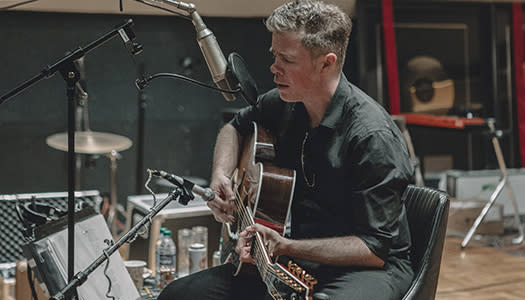 Albuquerque Josh Ritter Fans!
We are sorry to report that Josh has lost his voice and can’t currently sing (or even talk)!
Josh was really looking forward to returning to New Mexico for the first time in a decade, and we hope to find a new date for him to return in the future.
Tonight’s show has been cancelled.  Your tickets will be refunded back to the credit card you used to purchase them.
Here’s wishing Josh a speedy recovery and that we’ll see him back in New Mexico soon.

"Josh Ritter? Hell, he was born dead center of the whole country, who else is gonna tell us what it's really like." That's Isbell, who knows a little something about songwriting, on why Josh Ritter's songs are so important right now.

"In between nothing but the thin air and the unknown," Ritter sings in "On The Water," describing not only the fragile state of a relationship, but also the state of the U.S. as he apprehends it at this particular moment in history. But one of Josh's many gifts is that, even as he documents the meanness, the songs themselves lift us out of it, into a place of reverie. This is secular church music, because it unifies us, bonds us, brings us together in a search for love, peace, understanding and an escape from the earthly cruelty all around us. 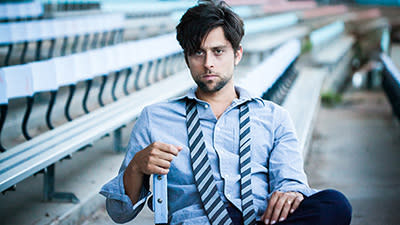 Santa Fe-based songwriter and author David Berkeley writes songs capable of both breaking and mending the heart. The San Francisco Chronicle calls him a "musical poet," and the New York Times praises his "lustrous, melancholy voice with shades of Tim Buckley and Nick Drake." He was a guest on This American Life, and he's won many songwriting awards and honors, including ASCAPs Johnny Mercer Songwriting Award. He's released six studio albums, one live album, a DVD, and authored two books. Berkeley's last release was a never-before tried concept: a novella comprising ten intertwining stories and an album of ten accompanying songs (one for each story). He is one half of the wildly creative Trans-Atlantic costumed duo Son of Town Hall, and (surprising most perhaps to Berkeley himself) his music has been remixed by many of the world's top EDM DJs.