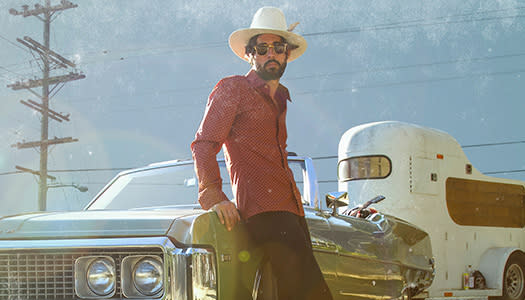 The acclaimed singer-songwriter from Hobbs, New Mexico makes his long-overdue return to the Lensic stage.

Ryan Bingham's music defies classification with folk, blues, country and rock n roll all part of the recipe. It's authentic and powerful and the songs are rooted in real life—in survival and sacrifice and, yes, sometimes just having a damn good time.

Nobody making music today has a voice like Bingham's, one that has the worn and weary character of an old fighter more than twice his age but the power of a young man. It's an intoxicating mixture that reaches new levels with the support of his talented band.

Bingham is a singer-songwriter, not a product, and his latest studio album American Love Song movingly shows how the overarching theme of the personal and communal American existence can encompass triumph and tragedy from one moment to the next. 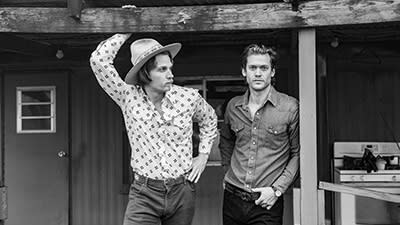 Since their debut in 2014, Jamestown Revival has been building an extensive fan base through grass roots support and relentless touring, performing at iconic venues from the Ryman Auditorium to Red Rocks Amphitheater as well as festivals such as Coachella, Austin City Limits and Stagecoach, among countless others. Led by Jonathan Clay and Zach Chance—who have maintained a close friendship since meeting at age 15 in Magnolia, TX—Jamestown Revival is pursuing their own musical vision by focusing on their roots and harmonies. Most of the time, Clay takes lead vocal with Chance on high harmony, a striking blend that appears effortless. This obvious camaraderie is a big part of the group's appeal. "People say they can see it and they can feel it," Clay says. "I mean, we've been friends forever, it feels like. It's a brotherhood. We don't always like each other but we love each other, you know? We truly enjoy being able to do what we do, to make music and travel together." Their new album San Isabel is set to release in June 2019.