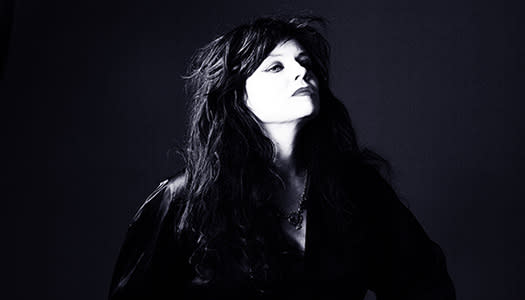 Persephone, the new double album from Australian visionary songstress Wendy Rule, is the culmination of over twelve years' work, and although drawing on Wendy's musical journey over the past two decades, is unlike anything that she has done before. This beautifully evocative retelling of the Ancient Greek myth of the Goddess Persephone's descent into the Underworld is almost like an opera, designed to guide the listener through this ancient tale of the cycles of Nature. With subtle textures that reference her early life as a jazz singer in her home town of Melbourne, and the trademark dark, gothic soundscapes and soaring vocals of her previous 7 major albums, Persephone is an ambitious 24-track journey through the realms of Life, Death, and human emotion.

But then again, Wendy has always carved a unique and individual path. Since the release of her first album Zero in 1996, she has defied categorization, always walking to the beat of her own drum. Combining elements of gothic, folk, world, ambient and cabaret music, and crossing over into Pagan and New Age categories with her many mythological, esoteric, and ritual references, Wendy is as individual as she is prolific.

A dedicated live performer, Wendy has toured extensively since her first album's release—starting in Australia, then branching out with her first international tour in 2001. Renowned for her extraordinary voice and live shows that blur the line between music, ritual and theatre, Wendy has gained a loyal following in Australia, the USA, Europe and the UK. From the most intimate solo house concerts, to festival gigs with her band (featuring long-term musical collaborator Rachel Samuel, who will be joining her at this performance, on cello), Wendy takes her audience on an otherworldly journey of depth and passion.

In 2014 Wendy relocated from Australia to the USA, and is now living in the beautiful High Desert city of Santa Fe, allowing her an even stronger connection to her ever-growing US fanbase, and providing daily access to the wild Nature that inspires her transformational work.