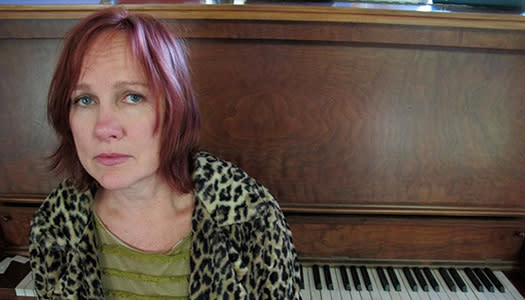 The Albuquerque show is sold out!  There are still tickets available to see Iris in the beautiful St Francis Auditorium in Santa Fe though.  You can pick up tickets to that show here.

Beginning with her 1992 debut, Infamous Angel, which was hailed as "an essential album of the 1990's" by Rolling Stone, Iris DeMent released a series of stellar records that established her as "one of the finest singer-songwriters in America," according to The Guardian. The music earned her multiple Grammy nominations, as well as the respect of peers like John Prine, Steve Earle, and Emmylou Harris, who all invited her to collaborate. Merle Haggard dubbed her "the best singer I've ever heard" and asked her to join his touring band, and David Byrne and Natalie Merchant famously covered her "Let The Mystery Be" as a duet on MTV Unplugged. DeMent returned in 2012 with Sing The Delta, which prompted NPR to call her "one of the great voices in contemporary popular music" and the Boston Globe to hail the collection as "a work of rare, unvarnished grace and power."

The Trackless Woods, DeMent's sixth studio album, is unlike anything else in her illustrious career. The lyrics are poems by Russian poet Anna Akhmatova, as translated by Babette Deutsch and Lyn Coffin, set to compositions by DeMent. "Her whole adult working life was marked by this constant struggle to do her work in the face of the Bolshevik Revolution, World War I, World War II, and Stalin," DeMent says of Akhmatova. "The estimates are that between 20-80 million people died during those 30 years he was in power. One of her husbands was executed, one died in the gulag, and her son was sent there twice just by virtue of being her son. She often lived in poverty and out of other people's homes, never owned a place of her own. She wasn't some elevated star figure exempted from suffering, she was right there in it. All of her poetry came out of that." Akhmatova's struggles weren't unique for her time in Russia, but her poetry still managed to find beauty in a world of pain and ugliness, which DeMent believes is what makes her so deeply loved by the Russian people.