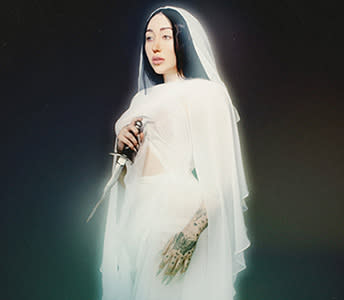 A VIP Package is available for $137 (including all service charges). VIP Experience ticket purchasers should plan to arrive 75 minutes prior to doors in order to participate in the VIP experience. Expect to receive an email 48 hours prior to the show with more details.

In the middle of a whirlwind of loss, heartbreak, and chaos, Noah Cyrus grabbed the reins, took control of her life, and told her story like never before. The Grammy Award-nominated multiplatinum Nashville-born and Los Angeles-based singer and songwriter uncovered the kind of strength you only find within. She lived every song, and the embers of her experiences burn bright over a soundtrack steeped in pop spirit, folk eloquence, and country soul. Noah has stepped into herself on her 2022 full-length debut album, The Hardest Part.

Emerging in 2016 at the age of 16, she immediately captivated audiences with platinum singles "Make Me (Cry)" [feat. Labrinth] and "Again" [feat. XXXTENTACION]. 2020's The End of Everything EP yielded the triple-platinum "July" and gold "Lonely." In between earning a Grammy Award nod in the category of Best New Artist, she teamed up with PJ Harding for the People Don't Change EP in 2021. NME rated the project 4 out of 5 stars and predicted, "it's not hard to imagine her becoming a household name in her own right." Along the way, she performed at Coachella twice, while Billboard named her among its "21 Under 21" for three straight years.