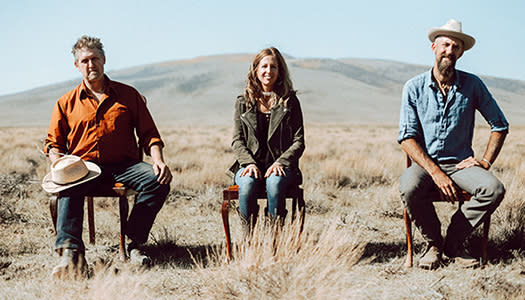 Boris McCutcheon and Bard Edrington V of Hoth Brothers began Workin' and Dreamin' in the winter of 2017 while pruning fruit trees together. Music was the constant conversation that played to the rhythm of saws raking and pruners clipping in the apple orchards near the Chimayo sanctuary or the old plazas of Santa Fe.

Both artists had solo careers and were working on their own albums. Bard was recording Espadín and Boris had just released I'm Here Let Me In. Yet, musicians talk music, on the ground or atop a ladder in a tree canopy. And, from amidst this manual labour under the dry desert sun, this album began to emerge. 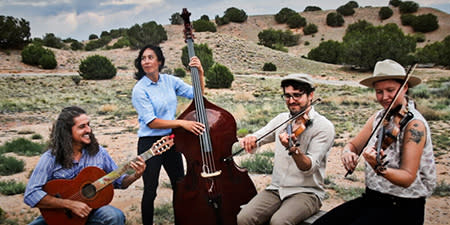 Lone Piñon is a New Mexican string band, or "orquesta típica," whose music celebrates the integrity and diversity of their region's cultural roots. With fiddles, upright bass, guitars, accordions, vihuela, and bilingual vocals, they play a wide spectrum of the traditional music that is at home in New Mexico.