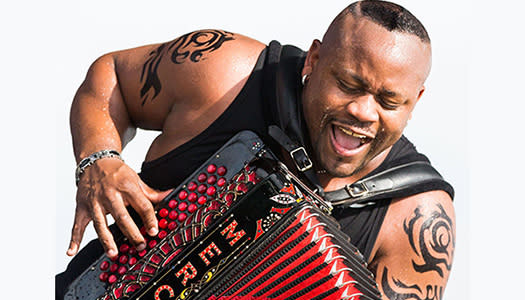 Dwayne (Dopsie) Rubin hails from one of the most influential Zydeco families in the world. Although inspired by tradition, Dwayne has developed his own high energy style that defies existing stereotypes and blazes a refreshingly distinct path for 21st century Zydeco music. This singer/songwriter and accordionist has performed all over the world since debuting his band, Dwayne Dopsie and the Zydeco Hellraisers, at age 19. His latest album, Top of the Mountain, was a 2018 Grammy Nominee in the category of Best Regional Roots Music Album.

Not only has Dwayne's band mastered zydeco music, they also add a bit of rhythm and blues, funk, rock and roll, reggae and pop to their performances, making them a very versatile choice for any audience. This Indie artist was named "The Hottest Accordionist" in America for his ability to both work the crowd and pump out musical harmony in grandiose fashion. Dwayne doesn't confine himself to the stage; he interacts with the crowd, blurring the barrier between performer and audience. Audiences jump to their feet energized by Dwayne's musical innovation, charismatic performance and sheer, raw talent. His ability to capture the imagination, heart and soul of his audience makes Dwayne one of today's most dynamic performers. 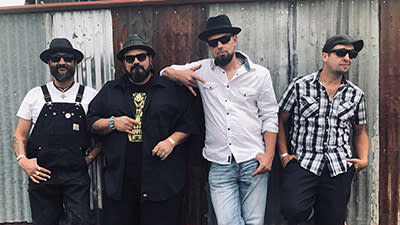 Felix Y Los Gatos is a Zydeco/Blues/Tejano band from the South Valley of Albuquerque with 15 years of experience on stage. Nationally recognized, the Gatos have toured the country and shared the stage with acts such as BeauSoleil, Tab Benoit, and Big Bad Voodoo Daddy. From corporate parties and weddings to arenas and festivals, The Gatos are guaranteed to get the toes tappin' and the feet dancin'!