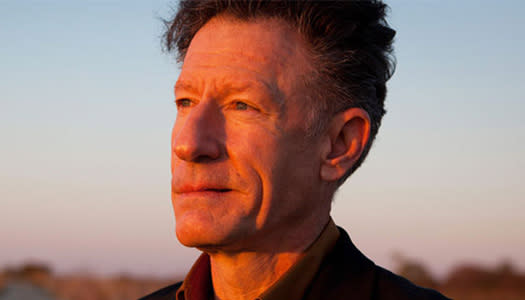 This concert is sponsored by Rick & Gail Thaler.  Thanks as always for the ongoing support!

A singer, composer and actor, Lyle Lovett has broadened the definition of American music in a career that spans 14 albums. Coupled with his gift for storytelling, the Texas-based musician fuses elements of country, swing, jazz, folk, gospel and blues in a convention-defying manner that breaks down barriers. Lovett has appeared in 13 feature films, and on stage and television. Among his many accolades, besides the four Grammy Awards, he was given the Americana Music Association's inaugural Trailblazer Award, and was recently named the Texas State Musician.

Since his self-titled debut in 1986, Lyle Lovett has evolved into one of music's most vibrant and iconic performers. His oeuvre, rich and eclectic, is one of the most beloved of any living artist working today.

"Whenever I go out with the Acoustic Group, which is really just a subset of the Large Band, I get to reinvent my arrangements and incorporate a few tunes into the set list that might not work so well for my Large Band performances," Lovett told Louisville's LEO Weekly. "Plus, doing it this way allows me to stop at smaller, more intimate rooms."