Tell Me That It's Over Tour

with spill tab and Jordana 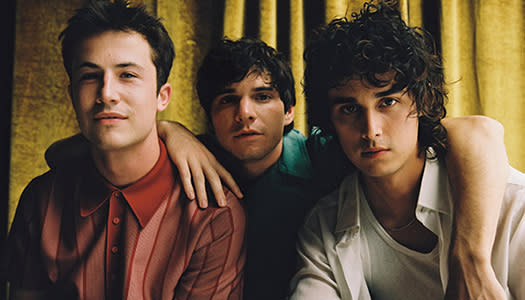 VIP passes are available for $125 (including all service charges), and include:

All sales are final. There are no refunds or exchanges under any circumstances. All packages and package contents are non-transferable. All VIP merchandise will be distributed at the show; some exceptions may apply. Package purchases are restricted to U.S. & Canadian addresses only. VIP merchandise is not required for venue entry. The artist, tour, promoter, ticketing company, venue or any other affiliated parties are not responsible for outdated or inaccurate information provided by the consumer at the time of purchase. Commemorative VIP laminates are for commemorative purposes only. The VIP laminate does not gain or authorize access into the venue, VIP or any backstage areas.

Wallows, the Los Angeles-based trio of Dylan Minnette, Braeden Lemasters and Cole Preston, released their acclaimed Atlantic Records debut album, Nothing Happens, in 2019. Produced by Grammy Award-winner John Congleton (St. Vincent, Alvvays, Future Islands), who also produced the band's 2018 EP Spring, the album quickly became one of the most-streamed debut albums by any band in 2019 and features the breakthrough platinum single "Are You Bored Yet? (Feat. Clairo)," which has surpassed 602M global streams. 2020 saw Wallows release "OK," a song that took on a new meaning during the pandemic, and their quarantine-made EP, Remote, as well as being named MTV's PUSH Artist of the Month for September.

Wallows returned in 2021 with the brand new single "I Don't Want to Talk," a first taste of their collaboration with producer Ariel Rechtshaid (Vampire Weekend, Haim, Adele) that's been in the works over the past year. Their new album Tell Me That It's Over will be released in March 2022. 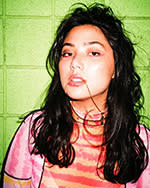 spill tab is a bilingual indie pop artist based between Los Angeles and New York. The French-Korean artist and producer marinelli create textured tracks with smooth vocals and songwriting in both French and English. 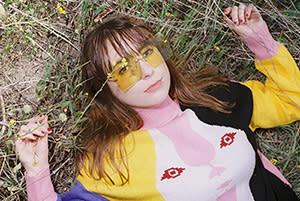 Jordana's mission is simple: keep trying to be her, even when it's hard. So it's no surprise perseverance and self-discovery are central themes on her debut studio album, Face The Wall. "The album title has a few meanings to me. Mostly, it's about not giving up," says the 21-year-old polymath (she sings, she writes, she plays everything, she produces). "The wall can be anything in your way. The album is a sort of reminder to myself that I have to face those things, and I can't take the easy route and turn around."