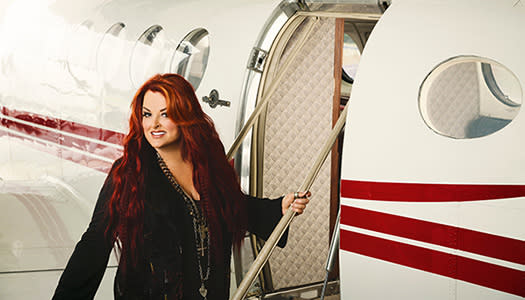 In light of recent events, it is with great sadness that we announce the cancellation of Wynonna's concert.  Our hearts go out to her and her family. We look forward to being able to host her in Albuquerque sometime in the future.  All tickets will automatically be refunded back to the credit card used to purchase them.

Once dubbed by Rolling Stone as "the greatest female country singer since Patsy Cline," Wynonna Judd first gained fame as part of one of the most successful musical duos of all-time, The Judds, selling over 20 million records worldwide to become music royalty to her fans and critics alike.

A five-time Grammy Award winner in her own right, and recipient of over 60 top industry awards, Wynonna holds multiple gold, platinum and multi-platinum certifications from the RIAA of over 10 million units sold for albums released throughout her impressive 30-year solo career. On top of that unprecedented feat, Wynonna has earned 20 #1 hits and countless charting singles to make her one of country music's most celebrated artists of all time.

Wynonna will embark on her first-ever HERSTORY & HITS Tour to commemorate the 30-year anniversary of her debut solo tour, taking fans on a celebratory journey through the musical tapestry that shaped her career. With hits such as "No One Else On Earth," I Saw The Light," "Is It Over Yet?" and more, this once-in-a-lifetime anniversary tour is not to be missed!