Grammy Award-winning band The Mavericks are pleased to present the 2022 edition of their Very Merry Christmas Tour, featuring super special guest JD McPherson! Featuring selections from their 2018 holiday album Hey! Merry Christmas!, alongside the classics and favorites of their acclaimed 30-year career, don't miss music's most genre-defying band as they revisit their own special twist on the holidays.

From the rollicking opening tracks "Christmas Time Is Coming 'Round Again" and "Santa Does" to the gorgeous, jazzy ballad "Christmas For Me Is You" to the sultry blues of "Santa Wants To Take You For A Ride", The Mavericks redefine what the sounds of Christmas can be.

"Nobody puts the Feliz in Navidad quite as jubilantly as The Mavericks..."
—Rolling Stone 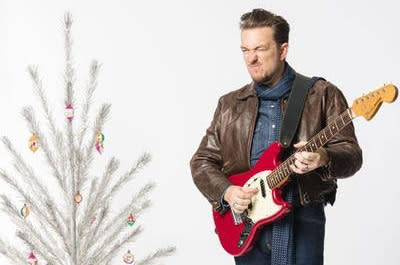 "JD McPherson is a vivid reinterpreter of the strutting rock 'n' roll of the 1950s. His holiday album, Socks, is a collection of original songs with startlingly original conceits."
—The New York Times

"Socks overflows with vintage rock & roll tidings of comfort and joy... You could easily fool someone into thinking you discovered a gem of an album from 60 years ago."
—Rolling Stone