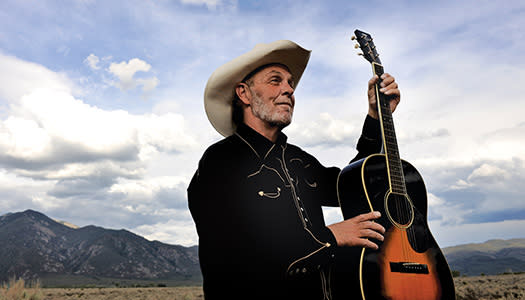 Michael Hearne's destiny has been tangled in wire and wood since he first laid his hands on a guitar at the age of seven. With a natural ear for harmony and an aptitude for picking, it wasn't long before a young Michael Hearne was a fixture at parties and local events in his childhood hometown of Dallas. By the age of sixteen he had honed his skills on the guitar and, without a doubt in his mind about his destiny, he hit the road as a touring musician.

Michael's career over the next few decades would take him across the southwest and beyond. Calling the mountains of northern New Mexico home for many years, Michael shared his talents as a singer, songwriter, and picker in bars, listening rooms and dance halls throughout the region. In the 1980's, he toured as a member of Michael Martin Murphey's band, recording on Murphey's 1982 self-titled album for Liberty Records. Hearne has penned songs for Jerry Jeff Walker and Gary P. Nunn ("Lesson to be Learned from Love") and his New Mexico anthem, "New Mexico Rain," was recorded by country music legend Johnny Rodriguez as well as by his uncle and aunt, Bill and Bonnie Hearne. Michael has also co-written with Mentor Williams, Andy Byrd, Shake Russell, Keith Sykes, and many others. 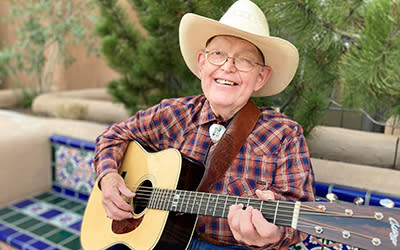