Light Among the Ruins 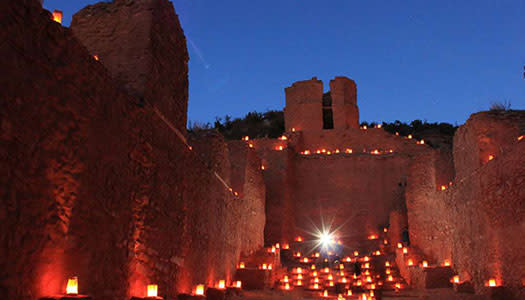 Due to the overwhelming success of this event, we are using timed entry tickets and have added a second night.  Tickets will be sold for entries every half hour from 5 to 8:30 PM.  The Site grounds will close at 9 PM.  The earlier times have proven to be the most popular.

Free shuttles will be available between the Village of Jemez Springs and the Historic Site.

The ruins of Giusewa Pueblo and San José de los Jemez Mission will be decorated with hundreds of farolitos. Each evening's program will include traditional Native American flute music and Jemez Pueblo dancers performing between two illuminating bonfires. The Historic Site will also host an arts and crafts fair and have food available for purchase.

Flash photography, drones, and alcohol are prohibited. Those planning on walking to and from the event are encouraged to bring a flashlight and wear reflective clothing.

The event is held regardless of weather.

A short drive from Albuquerque and Bernalillo, the Jemez Historic Site is one of the most beautiful prehistoric and historic sites in the Southwest. It includes the stone ruins of a 500 year old Indian village and the San José de los Jemez church dating to 1621/2. The village of Giusewa was built in the narrow San Diego Canyon by the ancestors of the present-day people of Jemez (Walatowa) Pueblo. The name Giusewa refers to the natural springs in the area.

In the 17th century, the Spanish established a Catholic mission at the village. The mission was short-lived, and, in time, the people abandoned the site and moved to the current location of Jemez Pueblo. The massive stonewalls were constructed about the same time the Pilgrims landed at Plymouth Rock. The heritage center contains exhibitions that tell the story of the site through the words of the Jemez people. A 1,400-foot interpretive trail winds through the impressive site ruins. 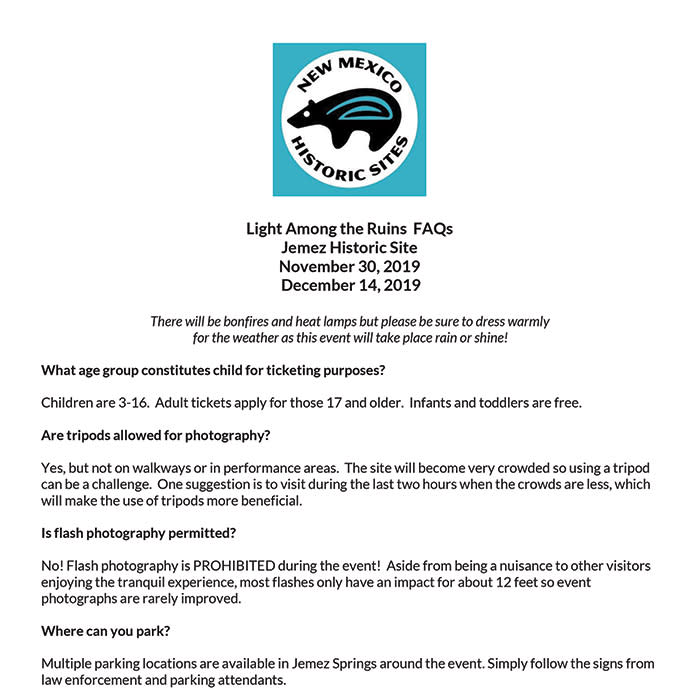 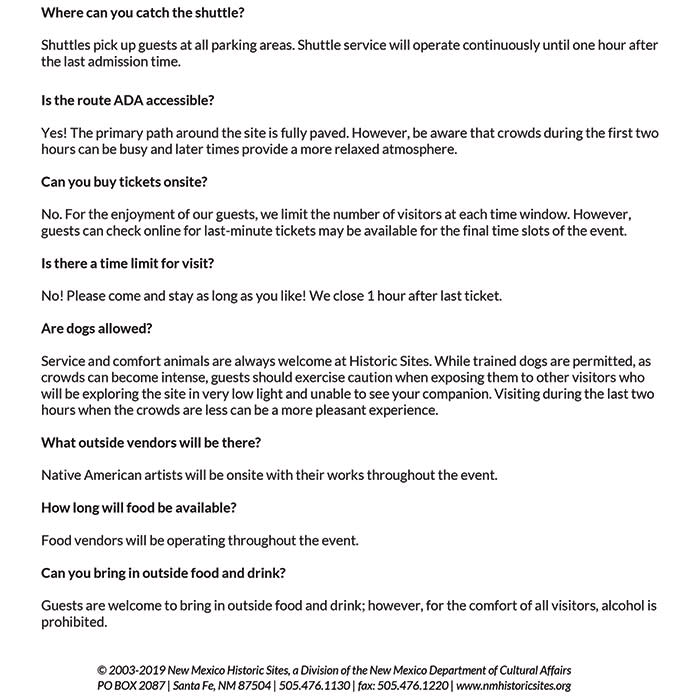