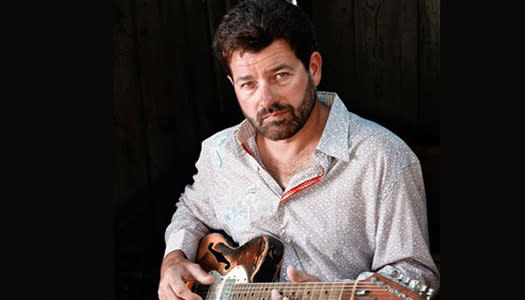 Tab Benoit is Louisiana's No. 1 roots export. In 2007, Benoit won the dual awards of B.B. King Entertainer of the Year and Best Contemporary Male Performer at the Blues Music Awards in Memphis (formerly the W.C. Handy Awards). In 2006, he received a Grammy nomination for Best Traditional Blues Album for Brother to the Blues, a collaboration with Louisiana's LeRoux.

More than just an acclaimed bluesman, he is an indefatigable conservation advocate. Benoit is a driving force behind Voice of the Wetlands, an organization working to save Louisiana's wetlands. In 2010, he received the Governor's Award for Conservationist of the Year from the Louisiana Wildlife Federation. Benoit also starred in the IMAX motion picture "Hurricane on the Bayou," a documentary of Hurricane Katrina's effects and a call to restore the wetlands.

New Orleans based Eric Johanson was tearing up nightclub stages in Louisiana with his soulful blues guitar before he finished high school. He has toured across the US and internationally as lead guitarist for the legendary Cyril Neville, Grammy-winning Zydeco artist Terrance Simien, and performed onstage with Tab Benoit, JJ Grey & Mofro, Eric Lindell, Mike Zito, Anders Osborne, the Neville Brothers, and many more. Recently signed to Whiskey Bayou Records, his debut album was produced and engineered by Tab Benoit at his studio in Houma, featuring Tab on drums, and Corey Duplechin on bass. Following it's release in October of 2017, Eric has been touring across the US supporting Tab Benoit at sold out theaters and performance halls.