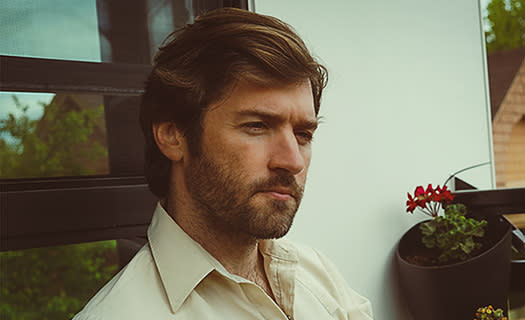 A lot of life can happen over the course of one record. Lyrics immortalize those characters, exploits, and memories. On his 2020 Asterisk The Universe, John Craigie awkwardly encounters previous flames, mistakes a Catholic School custodian as a saint (and prays to him anyway), pays tribute to modern-day revolutionaries, and explores what it all means to live in the 21st century where infinite possibility does not necessarily equate infinite understanding. He soundtracks these stories with a score of smoked-out soul, tender folk, and American songbook eloquence billowing right from the heart of California. Progressing once more, the interplay of live drums and bass hold the music in the pocket as it simultaneously emanates an acoustic campfire glow.

With these ten tunes, his journey unfolds in between organic instrumentation and lyrical observation. "As with any album, I want the lyrics to be heard, first and foremost," he says. "This is pretty similar to other versions of who I've been and who I am. It's just one with a fresh batch of songs I'll add to my setlist and new stories to tell from the road."

Those stories from the road have endeared Craigie to the devoted fans he has earned, song by song, show by show since 2009. A Craigie performance is not just a music show, it's a collective experience. Craigie shines by telling candid stories, humorous anecdotes, and leaving everything on the stage. Fiercely independent, Craigie prolifically unveiled one highly personal album after another while logging enough miles on the road to give the Grateful Dead a run for their money. Venues got bigger and bigger as audiences clamored for more.  Capturing that electric feeling on 2016's Capricorn In Retrograde... Just Kidding... Live in Portland, Craigie wound up on Jack Johnson's car stereo on a road trip up the coast. Thoroughly impressed by what he heard, Johnson took Craigie on tour during the summer of 2017. 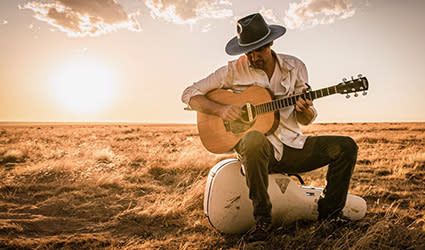 With over a decade  under his belt as one of the founding members and lead songwriters of  the transcendental folk band, Elephant Revival, Rodriguez is well-versed in the Americana tour circuit. Before going on hiatus, after their third headlining Red Rocks show in May 2018, Elephant Revival had released six albums and performed countless shows and festivals across the nation as well as overseas. Needing to fill the musical void that might have become following Elephant Revival's hiatus announcement, Rodriguez immediately headed out on tour as a solo artist; he released his debut album, Sojourn of a Burning Sun, in 2020.